Working Warriors: Ryan Salvaggio Knocks it Out of the Park in Internship with NBC Sports Boston 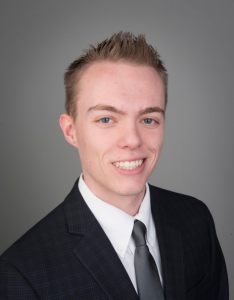 Ryan Salvaggio, Class of 2020, majoring in Communication and Media Studies and minoring in Sports Management, takes initiative throughout his undergraduate career to achieve any goal he sets. As a radio show host and former Co-Sports Director for WMCK Radio, as well as a member of the club baseball team, Salvaggio has established quite an integral presence on-campus throughout his undergraduate career at Merrimack College. Yet, as his senior year approached, Salvaggio felt he lacked essential hands-on experience in the sports media industry to achieve his future career aspirations. With the determination to set out into the working world and experience the sports media industry first-hand, Ryan made an appointment with his career advisor on Handshake to refine his resume and cover letter and submit an application for a position as a Studio Intern for NBC Sports Boston, and eventually landed the position for the Fall Semester of 2019.

“I actually applied two separate times for NBC Sports Boston”, Salvaggio reveals. “The first [time I applied] was during last spring for a Digital Intern position, and I didn’t hear back.” Despite not receiving a position with NBC Sports Boston with his first application, Salvaggio maintains he was not discouraged from continuing to apply for the opportunity to work with an organization he felt such passion for. “You can’t get too afraid or upset when you don’t hear back from an internship on your first try,” he advises. “In my opinion, it’s good [to keep trying] to show your continued interest in the organization you’re looking to get a job with.” Salvaggio suspected his resume and cover letter may not have been formatted in a manner that showcased his skills properly. If he wanted to improve his chances of receiving a position with NBC Sports Boston, Salvaggio knew he needed to take advantage of every career resource available to him. He notes, “the second time before I applied, I checked in with Katie Fell to make sure my cover letter and resume were formatted correctly, and that the information in [my application] would stand out [from other applicants].” Salvaggio stresses that Katie Fells’ guidance of the format of his resume and cover letter made all the difference in the success of his second application for a position with NBC Sports Boston.

In fact, Salvaggio advises other students to reach out to their career advisors in order to make the most of their career development while still at the undergraduate level as well. He urges students, “don’t be afraid or nervous to set up an appointment with your career advisor or ask for help, especially if you’re not sure on how to get started when it comes to looking for internships or [putting together] your resume. They’re there to help you, and they aren’t going to [scold] you if you don’t know what to do.” While Salvaggio additionally utilized his LinkedIn account and checked NBC Sports Boston’s website to find open positions, he emphasizes the importance of consulting a career advisor and others in a professional and personal network in order to best navigate the internship, co-op, or job hunting process. “One other thing I’d recommend is to not be shy when it comes to asking people for help,” Salvaggio expresses, “whether that’s friends you have that have had internships and asking them about the process, academic advisors, or especially career advisors just to get their thoughts and see if they can help you get started in the right direction.” 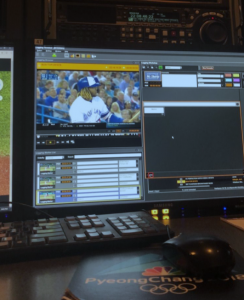 In his internship, Salvaggio puts the technical skills he’s learned in his classes to the test by clipping highlights for Red Sox, Patriots, Celtics, and Bruins games, as well as logging player and coach interviews, for NBC Sports Boston.

Salvaggio further attributes his on-campus involvement to his success in the development of his career and his ability to land such an incredible internship opportunity with NBC Sports Boston. As Salvaggio knew he wished to pursue a career in communications and the sports media industry, he decided to take advantage of the resources and organizations available on-campus that would aid in the development of introductory skills he could utilize in the working world beyond those he could acquire in the classroom. Salvaggio joined the WMCK radio station in order to put the technical skills of the industry he planned to enter into practice, as well as to broaden his network and increase his confidence in his abilities. “It’s helped me to become more outgoing, meet so many great people, and make connections,” Salvaggio reflects in reference to his classes and involvement in WMCK radio. “[Making those meaningful connections now] is something that is extremely important, especially once you’re out in the real world.”

Salvaggio continues that getting involved in as many opportunities as possible relative to a career interest is a vital contribution to achieving career success. While securing an experiential learning opportunity certainly serves as an optimal chance to develop essential skills and gain indispensable experience in the working world, that does not by necessity render all other available opportunities throughout the undergraduate experience as vacuous in comparison. Salvaggio conveys to fellow students that, “[it’s important] to jump at an opportunity to get involved in something you’re interested in, whether that’s something big like an internship or job position, or just something simple like getting involved with a club on-campus.” By getting involved in and going after various opportunities both on and off campus, Salvaggio discovered the value of challenging his abilities and taking initiative to activate his own career potential on his own behalf. Salvaggio reveals, “I’ve learned that people aren’t going to come find you with offers if you don’t show any interest in what it is they’re doing…[I] realize[d] that if I wanted something badly enough, it was on me to take the necessary steps towards achieving whatever goal it was that I had.”

As Ryan Salvaggio progresses throughout his internship with NBC Sports Boston, he realizes just how paramount the influence of his courses, involvement, and connections with students and faculty at Merrimack College have been towards the development of his success in his career field of choice in the sports media industry. While he’s elated to have the opportunity to put the technical skills he’s learned in his classes to the test in clipping highlights for Red Sox, Patriots, Celtics, and Bruins games, and logging player and coach interviews, he nevertheless continues to value the role that various resources on-campus have enacted on his ability to flourish in the working world. As you prepare to enter the working world and begin your own search for experiential learning opportunities to expand upon your skills, don’t pass over the opportunities that exist right before you to activate your career potential and aid in the achievement of your career success.